Pawtucket’s Department of Public Works will be placing these signs at various locations throughout the City in an effort to help out-of-town visitors easily identify routes to McCoy Stadium, home of the Pawtucket Red Sox. The signs feature the PawSox logo with an arrow indicating the directions motorists can follow to watch Pawtucket Red Sox games. 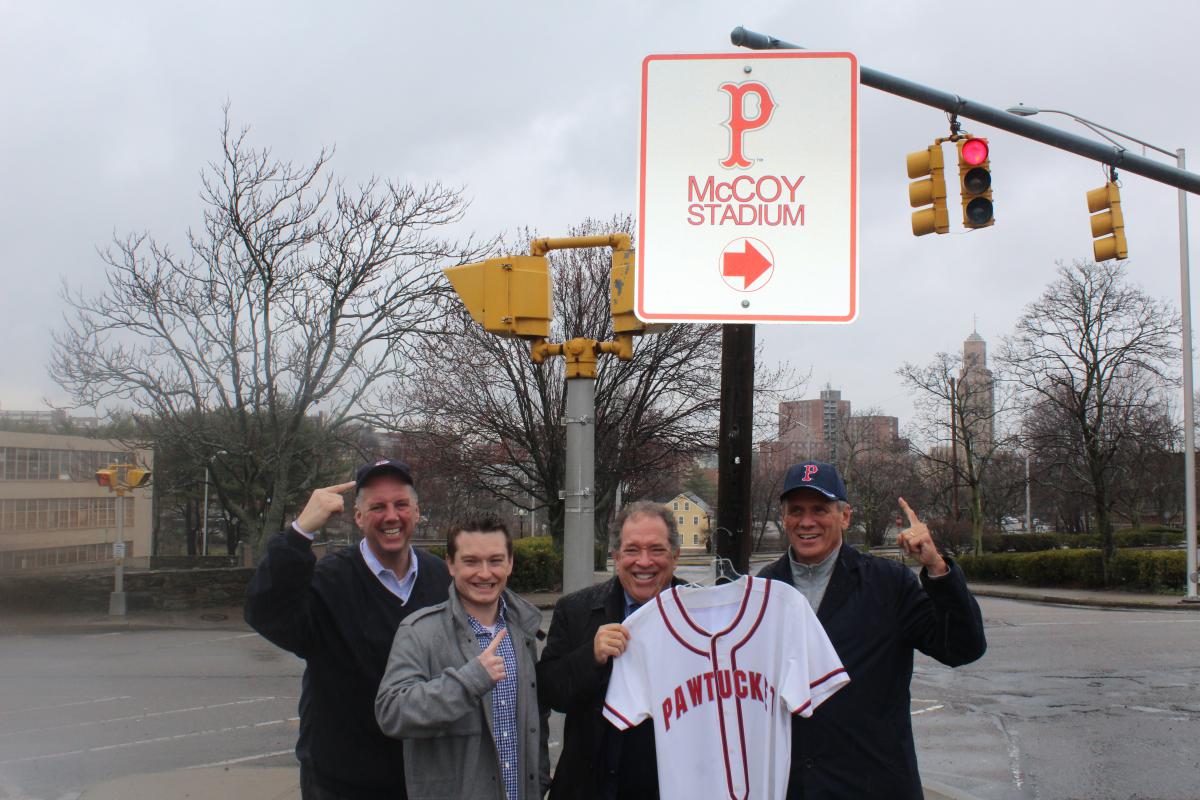 “As we have been in discussions with PawSox front office officials, we all felt that we should do something to assist travelers who may be unfamiliar with the location of McCoy,” said Mayor Grebien. “We want to make it as easy as possible for out-of-town visitors to come to the ballpark and experience Pawtucket,” continued the Mayor.

In total, forty signs will be placed throughout the City including signage at twenty-seven intersections.

“In our many years with the Boston Red Sox, we have known many fans from throughout New England who enjoy the drive to see the PawSox,” said PawSox President Dr. Charles Steinberg.  “We thank Mayor Grebien for providing guidance to make their experience in Pawtucket safer and more comfortable.”

The Pawtucket Red Sox will open their season at McCoy on Thursday, April 7th at 7:05 p.m. against the Buffalo Bisons, the Triple-A affiliate of the Toronto Blue Jays.

Small Business Support Tour to be held during Hispanic Heritage Month.PAWTUCKET, R.I. – The City of Pawtucket is partnering with theRhode Island Hispanic Chamber of Commerce (RIHCC) to conduct...  Read More >