On Friday, September 23rd at 2:00 p.m., the City of Pawtucket held a flag-raising ceremony at City Hall in partnership with the German-American Cultural Society. 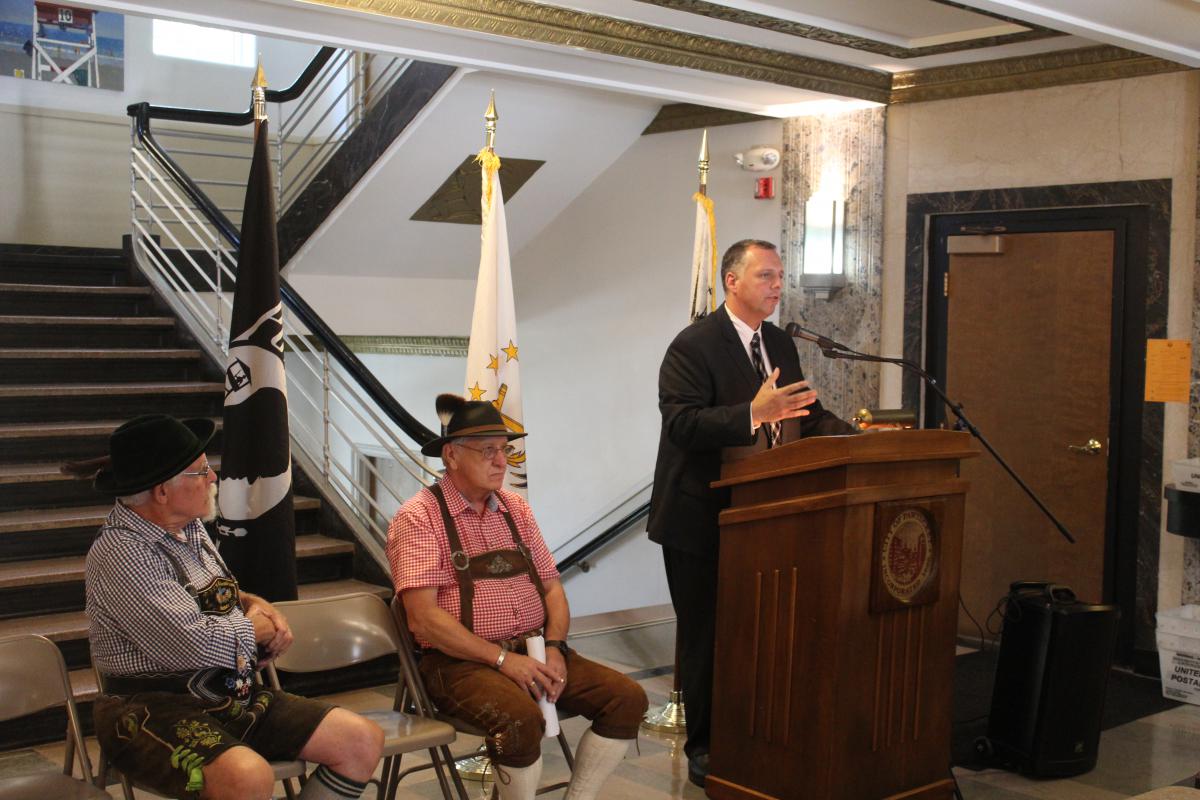 The ceremony was held in advance of National German Week which begins on October 5th, includes “German-American Day”, October 6th, and ends on October 11th. The event included a speaking program led by Mayor Donald R. Grebien, who spoke of the many important cultural contributions made by people of German descent. “Our diversity is part of what makes us so great as a city and a country,” said Mayor Grebien. “Pawtucket’s own German Club on Carter Avenue, as well as so many other social and civic groups have had a major role in maintaining German-American traditions here in the Blackstone Valley,” he continued. Mayor Grebien also noted that the annual German flag-raising tradition was initiated by a committee that included the late Pawtucket City Councilor, Paul J. Wildenhain. Wildenhain’s son and current City Councilor, Mark Wildenhain, was present at the event along with his dog Bentley, and noted that he is proud to participate in this tradition that his father helped begin. 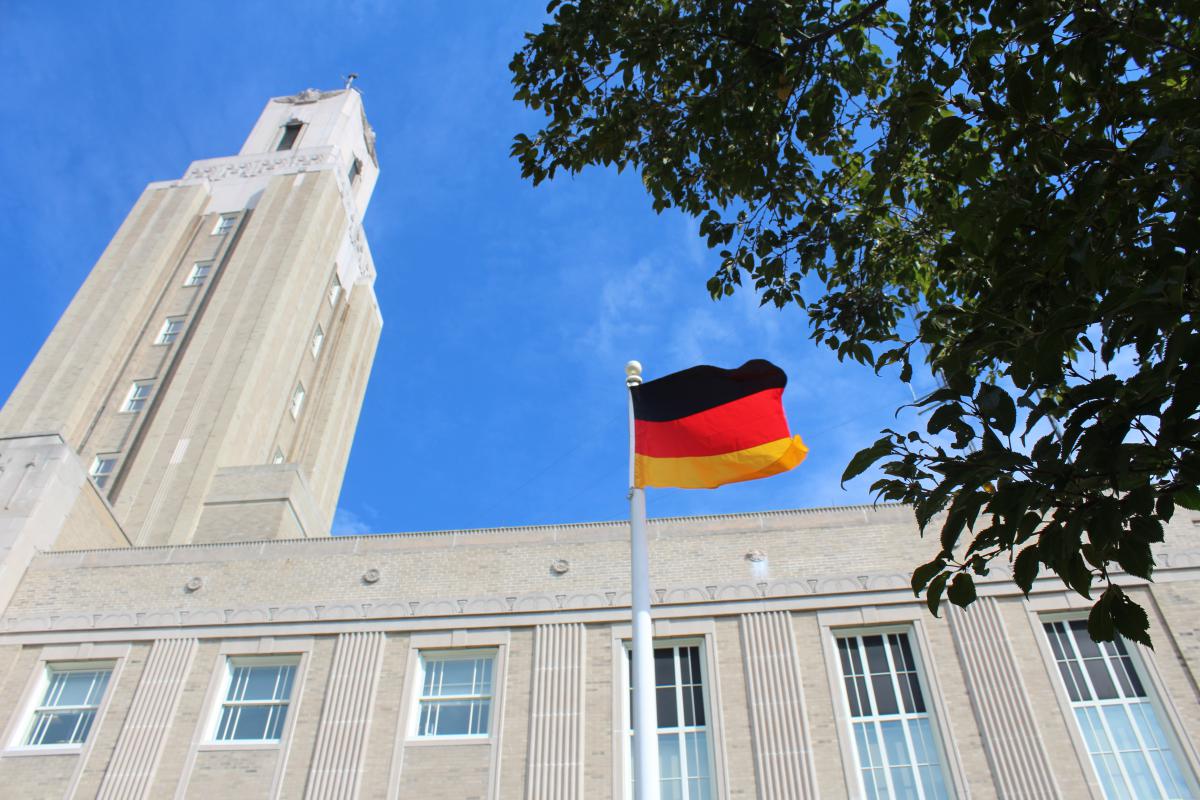 Mayor Grebien was joined in the speaking program by Paul Pouliot, President of the German-American Cultural Society, and Justin McGuire. Attendees and participants, many of whom were dressed in traditional German garb, proceeded outside City Hall where the German flag was raised as both the German National Anthem and the American National Anthem were played by local trombonist Devlin Danner. The German-American Cultural Society then hosted a small reception in the lobby of City Hall with traditional Germain cuisine.