PAWTUCKET, RI – The City of Pawtucket continues to reinvest in Veterans Memorial Park. The City has awarded a $330,000 contract to Yard Works Inc. for the construction of a new “Bark Park” dog park at Fairlawn Veterans Memorial Park (271 Smithfield Ave, Pawtucket) in the City’s Fairlawn neighborhood. Construction is set to begin before the end of September and will include tree removal, landscaping, perimeter fencing, and the installation of benches and water fountains. The tennis courts will also be updated. 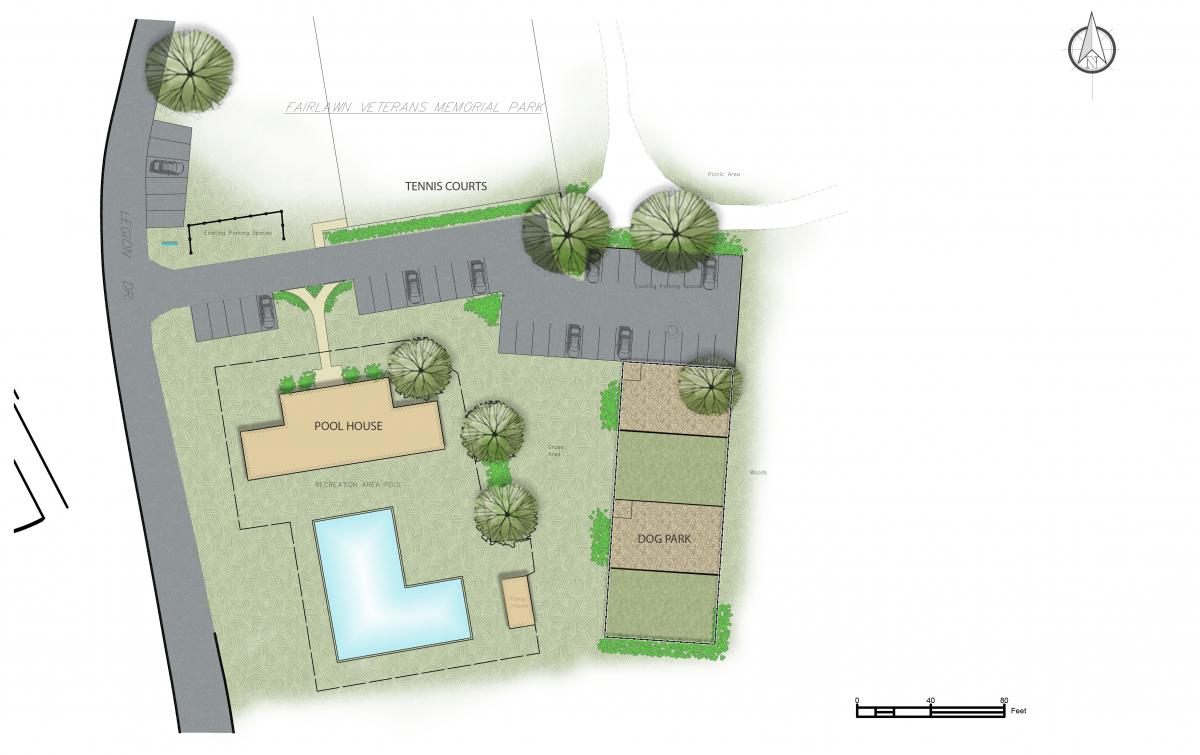 “The residents of Fairlawn have been asking for a pet friendly public space for years, and I’m pleased to share that with the awarding of this contract a beautiful new ‘Bark Park’ will be built in Veterans Memorial Park,” said Mayor Don Grebien. “I want to thank Ward 6 City Councilor Marlena Martins Stachowiak for championing this new dog park and public amenity for the residents of Fairlawn.”

"I'm so excited to see this contract awarded and construction of the Vet's Park Dog Park about to start," said City Councilor Marlena Martins Stachowiak. "I want to thank the residents of Fairlawn who worked with me and the City to advocate for this important quality of life project. As a realtor, I know that public amenities like a dog park help make a neighborhood even better for residents. I'm very thankful to my Council colleagues and Mayor Grebien for supporting this project and helping get this done for our community."

In March, the City announced that Congressman Cicilline secured $2.3 million in Federal Funding for the complete renovations of Veterans Memorial Park Pool.

The new “Bark Park” is anticipated to be completed and open to the public and pets in Spring 2023.

PAWTUCKET – Mayor Donald R. Grebien and contest organizer Patricia S. Zacks are calling for suggestions on a theme for the 2024 City Calendar.Each year, a different theme is selected for the calendar...  Read More >