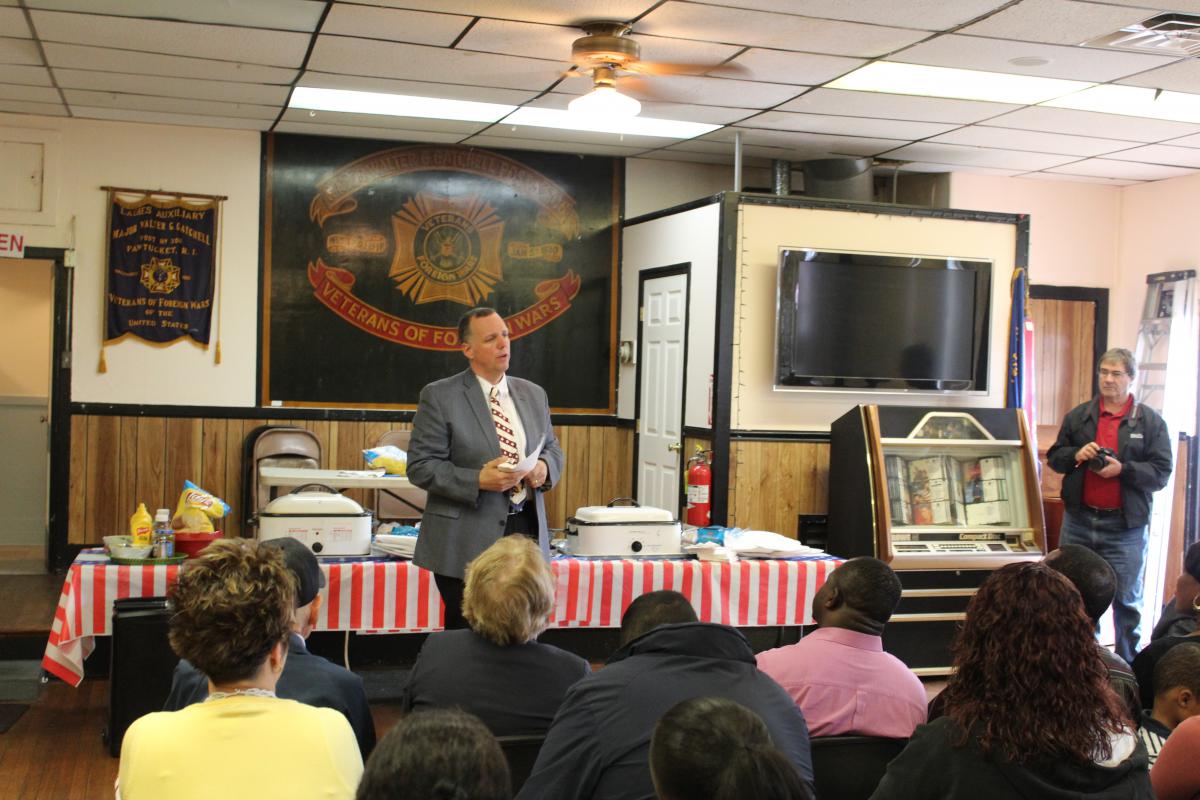 Pawtucket’s Memorial Day Services, normally held outdoors at the Veteran’s Amphitheatre at City Hall, was moved indoors to the Major Walter G. Gatchell Post where the traditional ceremony was conducted. Jack Lucas, American Legion State Chaplain and Master of Ceremonies for the event, led a program that included remarks from members of the Veterans of Foreign Wars, the Disabled American Veterans, the Ladies Auxiliary to the State of Rhode Island VFW, and Pawtucket Mayor Donald R. Grebien.

“As Mayor, attending these ceremonies is one of my most solemn duties,” said Mayor Grebien. “It is a duty that I take very seriously. Remembering the honorable men and women who served and paid the ultimate price to protect the freedom and democracy we enjoy, is the least we can do,” continued the Mayor.

Next, winners that were selected from city-wide school essay contest were called to the podium to present the winning essays. The winners of the essays were given gift cards sponsored by Navigant Credit Union and tickets to see the Pawtucket Red Sox play at the home game of their choice.

The Pawtucket School Department was well-represented at the ceremony as bands from Tolman High School, Slater Middle School and Goff Junior High School performed the Star Spangled Banner and God Bless America. Additionally, students from the city’s schools participated in a large-scale effort to flag the graves of veterans throughout Pawtucket’s cemeteries.

At the conclusion of the event, Taps was played by a live bugler. A collation was held after the ceremony at Gatchell Post.